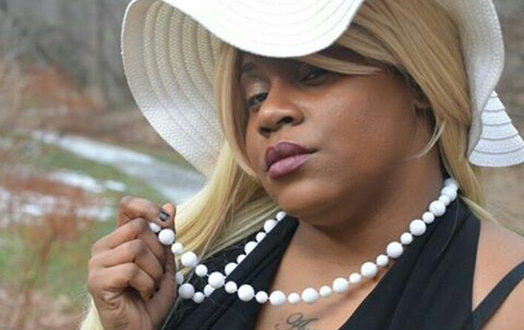 Contributing writer introduces herself to readers

Editor’s note: Tammy Reese, a community contributor who has written articles for The Stand over the past few months, would like to introduce herself to readers in this column.

I am the creator of the uplifting “Visionary Minds” website and Facebook blog used to highlight visionary artists, business owners and leaders as an outlet and resource for promotion, inspiring and networking.

As a community contributor for The Stand, I enjoy interviewing my community because I know there are many people doing amazing things. I love displaying the positive things people are doing.

Having graduated from Empire State College in 2008, I majored in media studies, including journalism, TV, film, social media and radio. But I focused on theater arts and minored in cultural studies.

My career started at age 12 with The Media Unit TV and Stage production company. I was traveling and doing over 60 live stage shows a year, and also producing its public access TV program, “Rough Times Live.” In my 10 years with the company, I was an actress, dancer, writer, TV host and director. Hosting and directing a live TV show made me ready for anything.

Since my days with the Media Unit, I have branched into an independent artist. I was part of the “Dreamgirls” show at The Redhouse arts center in 2015. The production received a Syracuse Area Live Theater nomination for Best Musical and Best Ensemble. Other appearances at The Redhouse included “The Color Purple” and “Elegies for Angels, Punks and Raging Queens,” in which I played the role of Sally.

My first love in the industry was theatrical performance. As I got older, I embraced video and film production, producing PSAs on suicide prevention and domestic violence and also writing scripts for short films. I also appear as an extra in the feature films “Irrefutable Proof” and “American Dresser.”

I am currently the producer’s assistant for a film being produced by KomfortZone ENT’s Kilo Thompson that stars Robin Givens, Clifton Powell, Lakisa Renee and Jamal Woolard. Being a part of this project is an honor and dream come true that allows me to work with and learn from some of the best in the business. I appear in numerous films that are being worked on and soon to be released. My passion is acting, but I know being a “Jill of all trades” will help me get opportunities and enhance my skills.

To contact me, a woman with a vision, email me at tammyreese7@gmail.com