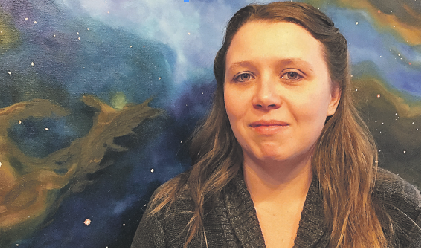 Community liaison will meld an artistic background with her new role

Tina Zagyva, 31, lives on Syracuse’s West Side and was hired at the end of November 2015 as the coordinator for Tomorrow’s Neighborhoods Today, a citizen-led community organization in Syracuse. She also teaches as an adjunct instructor at Bryant & Stratton College and holds degrees in fine arts.

Q. What does the TNT coordinator do?
A. The coordinator’s role is to figure out the needs of each neighborhood by working directly with TNT facilitators. I also serve as a liaison to any department (that) residents need to reach out to. That could be Codes, DPW or Planning. If a concern is brought up, I can reach out to the necessary city department to pass it on or invite them to speak to the group. From what I have learned so far from facilitators, in the past there has been issues with excluding the public from predevelopment planning meetings. So I hope that I can attend such meetings and serve as the voice of residents to speak on their behalf. 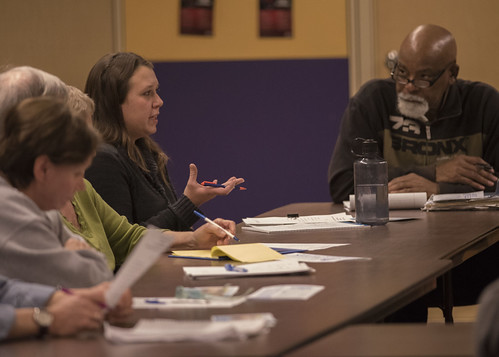 Q: How is this new TNT coordinator role different from the past?
A: The previous TNT coordinators were city employees, but they were not dedicated solely to working with local TNT groups; they held other responsibilities. This new role is dedicated only to TNT.

Q: Why is the TNT group special?
A: Residents’ concerns need to be addressed from a ground level, and I think this is where TNT is great because each group is made up of community people rather than SU (Syracuse University) or the city coming in and saying here’s how you can solve this problem. With TNT, we can hear from people directly and look at the problem from a different angle.

Q: What interested you in applying for this position?
A: I am an artist and in some of my recent pursuits I worked on collaborative projects with the community. In my own artistic practice, I was making large immersive environments — sculptures that the audience could interact with. I think art can be intimidating to people that aren’t in the arts, so I wanted to make something that was accessible. So this work led me to community projects. That’s when I made the living sculpture wall on Otisco Street and moved my practice into the collaborating realm, inviting people living around me to participate. Through projects like these I really enjoyed working with the community, and when this position opened up, I thought this would be a great way for me to understand community in a broader aspect and how things function in the metanarrative. Also how economics and development plays into how people live.

Q: What does your schedule look like?
A: I have set office hours for my 25-hour workweek. But these will be flexible because if I have to attend multiple meetings one evening, I wouldn’t necessarily be in my office that day. All are welcome to contact me to arrange a meeting.

Q: What is a current concern you’ve heard about the South Side?
A: Facilitators have shared a concern about trash in the neighborhood. This year we’ll be discussing working with residents to propose a trash can initiative. Each TNT group gets $5,000 to put toward community projects. In the past, I worked with the West Side Residents Coalition that did a project placing trash cans in the neighborhood. I took on one in front of my house and I maintain it and place it on the curb each week to have the trash picked up. The idea is intended to have trash cans put near corner stores and to work to better educate the community about how to properly remove trash to keep our streets clean.

Q: Are you looking forward to continuing the community projects?
A: Yes. They have $40,000 — divided eight ways for each community planning council — to use toward projects in each neighborhood. What I’ve heard in the past is money being spent on park benches and planting flowers, which is fine, but I’ve also heard from facilitators that they were asked, ‘Is this all we can do? Can’t we do something more?’ So that’s where I’m interested in doing some creative problem solving and listening to residents on what issues are a concern and then figure out what are our capabilities. I also want to launch a video blog series documenting the day in the life of a resident living in each of the TNT districts. This way we can talk with someone and see what they love about where they live and also hear what could be changed that could enhance their experience. I hope to do this in each neighborhood so residents could all see how each other is living. I believe if we can have a broader understanding of each other in this entire city that we all live in then maybe that will help create some positive change.