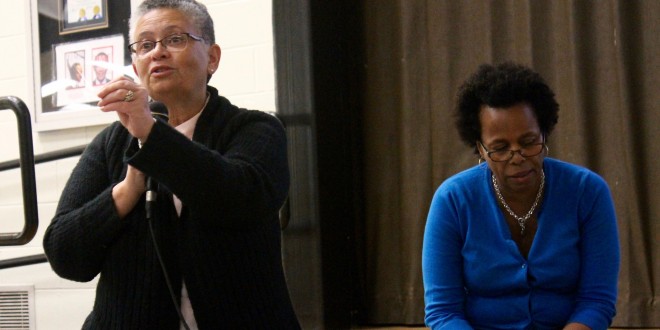 Syracuse residents are still skeptical about a potential consolidation of the city and county governments.

At the most recent Consensus CNY meeting on Feb. 29, committee members tried to assure the crowd at a packed Southwest Community Center that the consolidation would have positive results for city residents.

The Commission on Local Government Modernization put out a report in January that outlined 51 different areas to consolidate between the city of Syracuse, Onondaga County and its 35 municipalities. Monday night’s meeting was supposed to focus on item 51, governance, but many people’s comments were about their doubts of the idea in general. 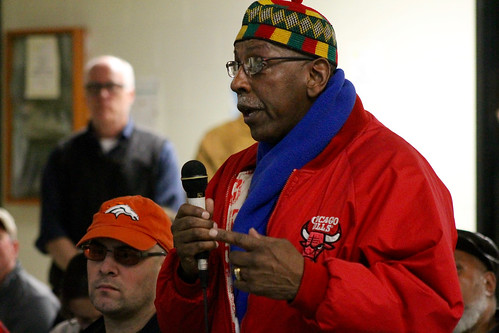 Charles Pierce-El, a native Syracusan, talked about witnessing gentrification in his community in the past and expressed his fears that the consolidation would enable it to continue.

Schwab presented an analysis of the governments of Louisville, Kentucky, Jacksonville, Florida, Indianapolis and Nashville, Tennessee, and how they benefited from consolidating city-county governments. Louisville’s expenditures dropped significantly after 2003, when it adopted the new form of government. He explained that Louisville residents voted down the proposal twice before accepting the new model.

He discussed other instances of resource consolidation in Central New York, like the dissolution of the East Syracuse police department and merging with the DeWitt department in 2014, to point out that this idea is not new to the region. 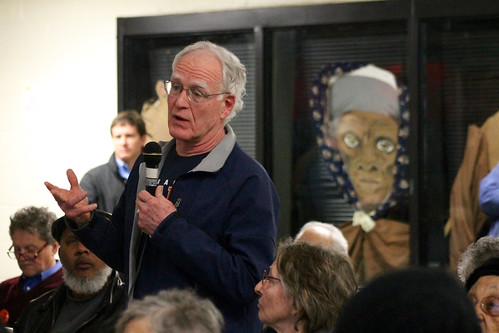 Former Common Councilor Bob Dougherty suggested that residents focus on what they like about the proposal and what they can agree on.

After numerous requests for a longer public comment session, the Consensus Committee has extended the period. The deadline is now May 1, as opposed to March 16. Syracuse Common Councilor Khalid Bey called the six-week extension a “slap in the face.”

“I’m not anti-consolidation,” Bey said. “And with all due respect, this is not an intelligent approach.”

The committee members present included Sharon Owens, Melanie Littlejohn and Bea Gonzalez. Owens made it clear that her participation was driven solely by her interests in being a voice for her community.

“Let me be clear about something: I don’t get a check from this. We’re doing this because it’s a conversation that needs to happen,” Owens said. “I’m representing not only my family, because I live here in Syracuse, but also the people I see coming in and out of this building everyday.”

One item residents disagreed about was the exclusion of schools from the consensus report.

“I know that most people are concerned about the schools. So if we’re going to do something like this, and we’re not even considering schools, I think we’ve got a big problem,” said Joanne Stevens, a resident of Syracuse. “We’ve got a bigger problem than we think we do.”

The committee members explained that schools are off the table because they’ll be discussed after the current consolidation idea is resolved. Littlejohn said that the reasoning was to ensure that residents could focus completely on the school system, as opposed to it being one of 51 items.

The public is invited to comment on the proposal via email, at info@consensuscny.com and online at consensuscomment.com and facebook.com/consensusCNY.

— Article and photos by Ashley McBride, The Stand Staff photos