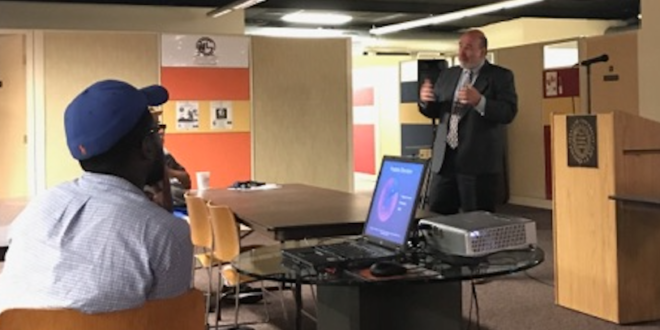 Prostate cancer is reaching epidemic levels in the United States, according to Dr. David Albala, chief of urology at Crouse Hospital.

Albala explained during the July 24 Free Community Public Health Lecture hosted by 100 Black Men of Syracuse, Inc. that African-Americans have the highest chance of getting prostate cancer over any other demographic group.

“We don’t know why African-American men have it more common and why the disease is much more deadly for them,” he said.  “There is no exact reason why.” 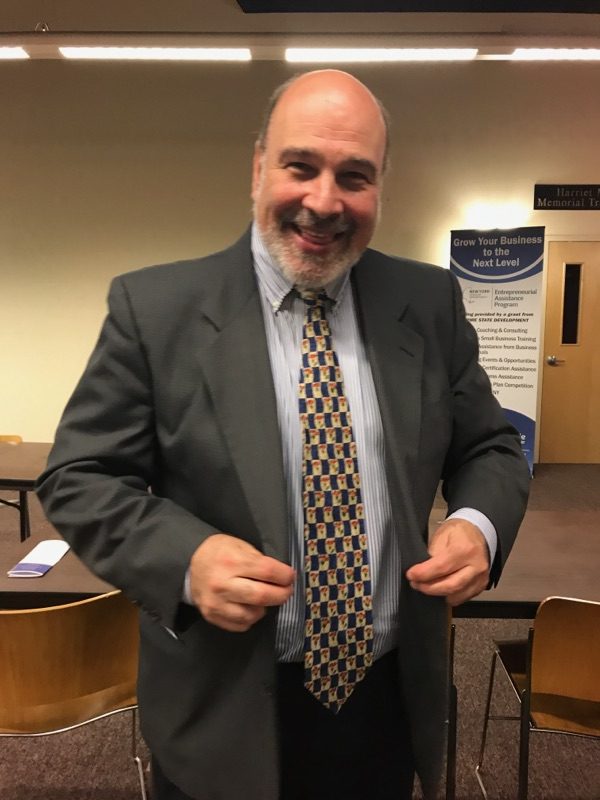 “Here’s the bottom line,” he said. “At age 40 and African American, you have to get a rectal exam and a blood test. That’s the take away message today.”

“We see younger and younger men being diagnosed with prostate cancer,” he said, noting that the youngest patient he’s ever treated was a 17-year-old boy.

However, just because a patient is diagnosed with prostate cancer does not mean they have to get treated. Genetic tests tell whether you have a prostate cancer that’s favorable or unfavorable to treatment, according to Albala.

He said, there are some people who have prostate cancer that don’t need to be treated. Those people do an “act of surveillance,” where they come in regularly for check ups every six months to a year. Additionally, the genetic testing helps detect what kind therapy will be used to treat the cancer. There are many options to help patients recover safely.

Albala, who has traveled all over the world and has operated in 42 different countries, still sees a great need here locally. That is why he is interested in starting a screening program here in Syracuse for the local African-American community.

“I hope someday we can partner up with 100 Black Men,” he said. “We just need to get the word out, and I’ll do rectal exams until I get blue in the face.”

— Article and photos by Sarah Perkes, The Stand intern