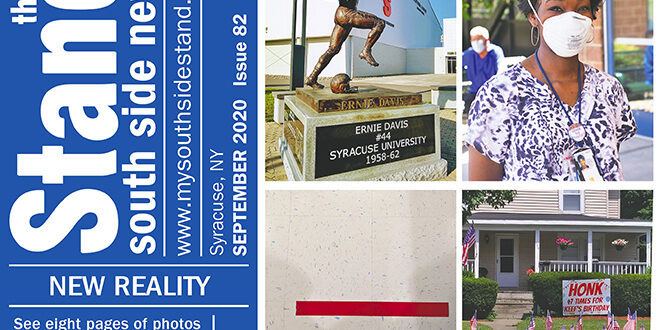 Here at The Stand, we’re still giddy after celebrating our Photo Walk Big Reveal in August, when we announced winners of our first-ever photo contest during a live-streamed event on Zoom and Facebook.

This summer marked the 11th Photo Walk hosted by The Stand. To say this one was a bit different because of COVID-19 is an understatement. But along with our amazing partners, we found a way to make it work. Instead of gathering for a single day as a group, we extended the Photo Walk to last all of July and encouraged people throughout the city to explore their own neighborhoods.

In the same spirit as past Photo Walks, we hoped participants would share images that showed the strength and perseverance of the community, the joy and adaptability of children and the creativity of the city’s residents as they worked to social distance and lessen the impact of the pandemic.

As we discussed planning, George Floyd was murdered and protests broke out nationwide. We wanted to also capture how Syracuse responded.

We even partnered with the Urban Video Project (UVP) to project winning images large and proud downtown, onto the facade of the Everson Museum of Art.

One entry by Jessica Dapson, which took third place in the #CuseBLM category, especially stood out to me and several of our photo judges.

When conjuring what a winning Black Lives Matter photo might be, many may think of protesters holding signs. But several judges — all local photographers — pushed for Dapson’s image of a newly married gay couple.

Photo Judge Cherilyn Beckles commented that seeing Black love is so important right now. “The way they are looking at each other is so beautiful,” she said. “This image gives a change of pace to all the protest images. It is very unexpected.”

Photo Judge Bob Gates agreed and said it was really touching for someone to submit a picture that expresses Black Lives Matter in a larger sense. “(Protest shots) are terrific, but this image says ‘BLM’ beyond that — that two gay men can get married and it can be celebrated.”

View photos from this issue, plus many more

I feel the goal of The Stand is to do just that — show in words and photos Black lives mattering.

That is why I find so much joy in interviewing the nominated dad for our Fatherhood spotlight each month, meeting with couples to share their personal love stories and putting residents’ voices front and center. Big events and breaking news capture headlines, but how communities collectively continue despite obstacles is much more fulfilling to read.

Ashley Kang is the director of The Stand newspaper