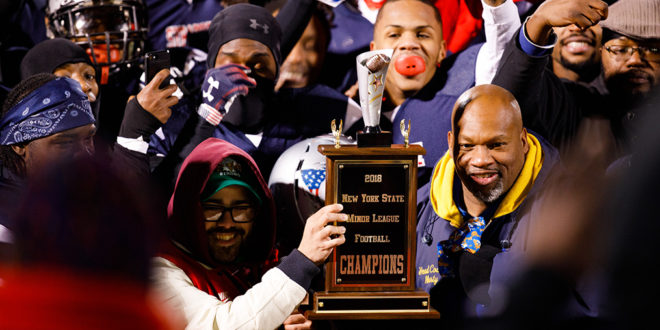 The Syracuse University Orange aren’t the only football team in the Salt City making noise this fall. The Syracuse Strong, a semi-professional team playing in the Northeastern Football Alliance, are the new “Kings of New York.”

The contest was highlighted by stalwart defensive work, timely scoring plays and brutal windchill. After the two teams played to a stalemate in the first quarter, Strong running back Rashad Burns finally got the ball rolling. Burns took a handoff from the 4 yard-line and bulldozed his way into the end zone, putting his team up 6-0. Burns, who lead the Syracuse offense this season with 820 rushing yards and eight touchdowns said he knew the touchdown was his for the taking.

“The middle was open the whole game,” he said. “I was patient and picked my moment and took off.”

Burns’ score was a big one, as the Syracuse offense was unable to put any more points on the board. 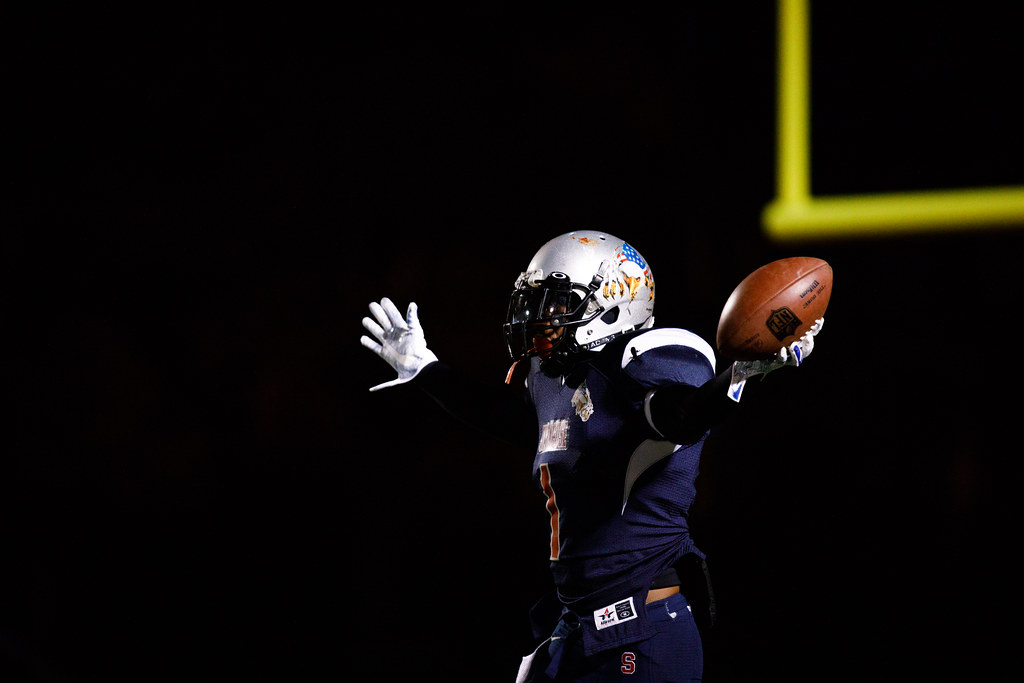 Fortunate for the Syracuse, Hudson Valley was unable to capitalize on any of these turnovers. The Mountaineers offense was largely stagnant without all-star quarterback Al Dockery, who retired following the team’s EFL Championship victory earlier in the fall. Hudson Valley had three turnovers of their own, including two interceptions. The biggest of which would come in the second half.

On just the second drive of the third quarter, Syracuse defensive back Blair Taylor undercut his receiver’s route and intercepted a pass deep within Mountaineer territory. Catching the ball at full speed, Taylor blazed his way across the goal-line for six more points — extending the Strong lead to 13-0.

It’s a lead they wouldn’t give up.

After the game, Taylor — who was named the game’s MVP — said the defense knew they needed to contribute in a big way. 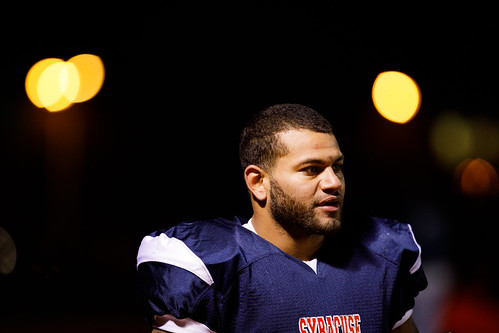 “We were struggling offensively, so the whole time in the locker room we were saying ‘the defense has to put up some points,’” he said. “We came through.” Taylor and the defense certainly held up on their end, as they prevented Hudson Valley from scoring in the final two frames of play, securing the 13-0 shutout and championship win.

Following a minor scrap on the field and a contentious handshake line, the Strong huddled around their championship trophy as snowflakes began to fall from the cold, night sky.

It’s just the latest in a season full of accolades for the Strong.

The Strong’s 2018 campaign went about as well as a season could go. They went 13-1 through the NFA season — a perfect 10-0 during league play — and defeated the Lockport Wildcats in the NFA Championship.

Though they’ve been deemed the “Kings of New York” with the win, game MVP Blair Taylor says he won’t let the title go to his head. 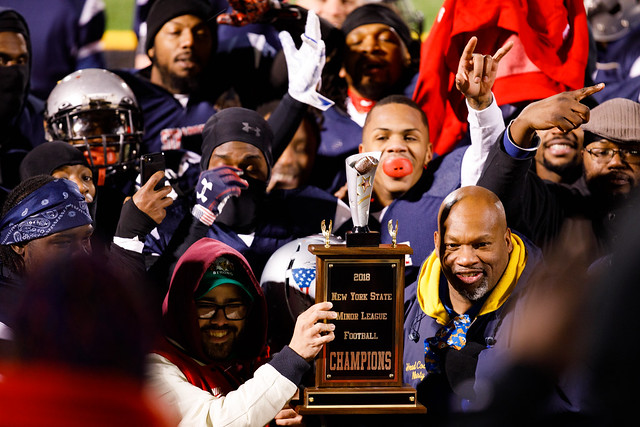 “I’m just here to play football,” he said. “I’ve been playing with this team for four years and we’ve won four championships. It’s for the love of the game.”

Now, with yet another championship under their belts, the Strong will begin practicing for their trip down to Florida to play for the Sunshine Bowl. It’s an opportunity Rashad Burns doesn’t take lightly.

“We’ve had a long journey and a long season,” he said. “To play this late in the year and still get the job done, it’s a big accomplishment.”

And of course, for a team that plays in the harsh elements of Central New York, taking the trip down to Florida doesn’t sound all too bad either.

“I just moved down there actually, so it’s a short drive,” he said. “I’m looking forward to not playing in the snow anymore,” he added, with a laugh.