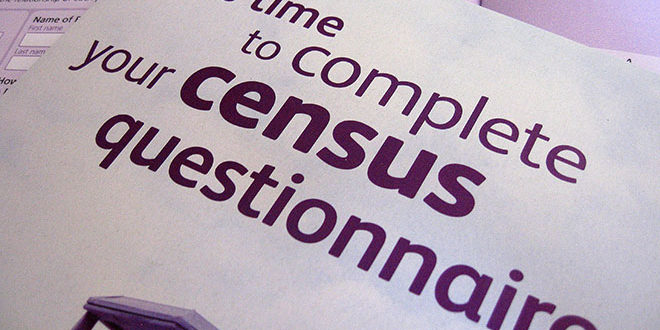 The city and several local groups are on the final push to to “get out the census” and encourage area residents to complete the national count by the Sept. 30 deadline.

PEACE Inc. has received funding from the Central New York Community Foundation to push local residents to fill out the nine-question form. In the coming weeks, you’ll see agency flyers, television and internet ads, as well as staff members promoting the census.

ARISE CNY, a nonprofit providing support for those with disabilities, is also stressing the importance of an accurate count.

“The census gives us a real picture of who is in our community,” said Betty DeFazio, chief development officer at ARISE. “When people aren’t counted, it has direct impact on the funding that nonprofits in your local community rely on.”

She questions how those who are disabled and/or in poverty will be accurately represented in this count. “We recognize with many (the pandemic) is really restricting their activities,” she said. “So there is the potential for those who were going to be difficult to count to become even more difficult to count.”

She’s hopeful citizens may be given more time. “I think it’s very concerning that we are not given some latitude to how this process gets carried out,” she said. Tuesday, three senators introduced a bill to extend the deadline to Oct. 31.

The current non-response follow-up percentage reported for New York State is currently 27.3 percent. Combining that with the New York State self-report rate of 62.3 percent, the overall percentage of state households that have been counted to date is 89.6 percent.

The city reported this week, a response rate of 53.3 percent, according to data collected by local census enumerators.

Census results help determine the amount of federal funds allotted to each community and determine an area’s political representation by how many seats in Congress each state receives.

The Census asks very basic demographic questions such as who lives in the household; how they are related; their age, sex and race; whether they own or rent their house, and their phone number. A sample census form can be viewed on the census website.

“I think the one thing too to emphasize is that the census is completely confidential,” DeFazio said, noting some are concerned with providing personal information to the government. According to a report from the Urban Institute, an economic and social policy think tank, on the Census Bureau’s 2018 Rhode Island census test, many participants did not want to answer the census because of immigration-related fears.

“There are very severe penalties to census takers if they reveal confidential information,” DeFazio said. “This is a critical process and those fears need to be set aside so the whole community can benefit.”

NEXT STEPS
To be counted, self-respond online by visiting www.2020Census.gov, over the phone or by paper questionnaire.

Ashley Kang is the director for The Stand