For the fourth straight year, Corcoran’s ice hockey team has made it to the playoffs

Whenever Pat Standford is wearing shoes instead of skates, he is reminded Syracuse is not a hockey town. The senior captain of the Corcoran High School hockey team jokes that fellow students see him and seem surprised their school even has a team. Yet Corcoran has been at the center of city high school hockey for nearly two decades. 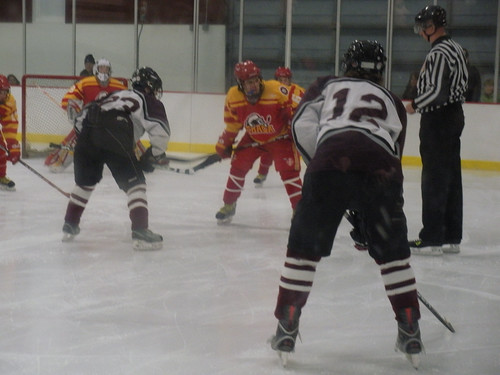 The team that uses Corcoran’s name and funding is actually composed of students from six other area schools, including Henninger High School and Tully Junior/Senior High School, that could not manage to build a program. As a result of the absence of hockey elsewhere, Standford and his teammates have dealt with the challenge of Corcoran and the entire South Side being the only symbol and resource for Syracuse hockey.

“We’re representing all the city schools on our team,” Standford said. “We don’t have that many kids, so we whip up a team as best we can. We play with what we have, and it’s been pretty good so far.”

At the conclusion of the regular season on Feb. 14, the Corcoran Cougars posted a 10-7-2 overall record and were in the playoffs that began Feb. 18. This is the fourth consecutive playoff appearance for a program that originated in 1986 and began accepting players from other schools in the mid-1990s, just before assistant coach Matthew Saur started playing for the school. Saur and head coach Matt Caron said the team’s history of combining schools is key, but even more important is the players’ history with one another.

The coaches emphasized that team chemistry is one of the most important factors in a group from all over the city, but the roots of the Syracuse hockey community have already connected these players from a young age.

“Valley Youth Hockey is where everybody plays together, and a lot of the kids who play for Corcoran have already played with kids that go to these city schools and play on this team,” Saur said. “Everybody knew everybody, and it was just about getting them to gel.”

The Valley Youth Hockey Association is a program for children ages 4 to 18 that holds events at Meachem Rink, home of the Cougars, at 121 W. Seneca Turnpike.

However, getting players to work together on the ice is on a different level than nourishing the diverse pro- gram, and it is athletic director April Wertheim’s job to make sure the city of Syracuse continues to have a high school hockey team to support.

Wertheim said the school’s healthy relationship with the Syracuse Parks and Recreation Department has eased the financial burden, and she credits Caron’s team with getting the biggest “bang for their buck.”

“The concern is, with the high cost of everything these days, is that no matter what we get as a school district, it’s not going to be the best stuff,” said Wertheim, who has been the athletic director for 16 years. “There is no specific budget for any given year, but we try to make sure coaches always get what they need. It’s an expensive sport from Day One.” 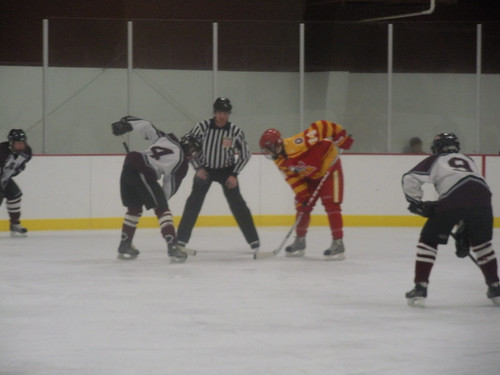 Caron has kept his focus on the ice and quietly established a winning program from talent that extends past the South Side of Syracuse.

“We wanted to bring a culture of hockey, and we’re copying what’s good about hockey in the area and trying to create our own program,” said Caron, who has coached the team for five years. “We’ve been a Syracuse success story for secondary school sports.”

Though coaches and players understand their place behind lacrosse, basketball and football, Caron and Saur said it’s all about maintaining passion for the game and the team at Corcoran. With that, they hope to sustain the program and generate interest in hockey as a “reliable option” on Syracuse’s South Side.

“We live in the city and we’re city teachers, so we’re embedded in this program. We’re working hard to popularize hockey in the city,” Caron said. “We have tremendous pride in presenting the best possible program for our players, our parents and the city.”