Emmanuel Rowser’s parents wanted him to be involved in sports year-round when he was young. So when Rowser was 12 and the basketball season ended, they told him he needed to find his next sport. Rowser decided on lacrosse — but there was something different about it.

It was his teammates.

“It was like, you’re not in your world anymore. You’re in someone else’s world,” Rowser said. “You’re made to feel, at certain times, like you’re not wanted in a sport by other teams.” 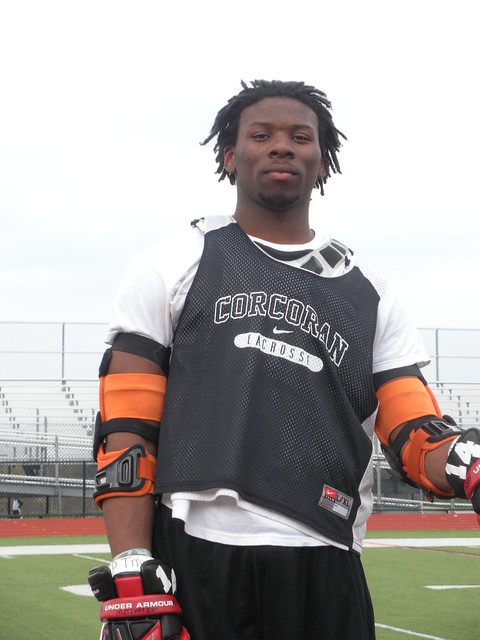 Emmanuel Rowser is one of 17 African-American players on the Corcoran team. -- Josh Wetmore, Staff Photo

The lack of interest — and at times lack of acceptance of African-American athletes in the sport of lacrosse — has made the job of Corcoran High School lacrosse coach Shaun Smith particularly difficult. Corcoran is 72 percent African-American, and its lacrosse program didn’t even exist until 1996, when Smith created it.

“In the city, it’s tough with lacrosse. It’s not like West Genesee, where kids are born with a stick and they’ve been playing their whole life,” Smith said. He added that one of the major problems for his team is that at other schools, students are introduced to the sport in elementary and middle schools.

There are a number of reasons why the sport is so homogeneous, said Ryland Huyghue, one of the founders of the International Diversity Lacrosse Council. The nonprofit organization looks to expand the diversity of lacrosse by teaching the sport in inner-city neighborhoods.

“The downfall of lacrosse is that it’s expensive,” Huyghue said. Lacrosse players require a stick, helmet and pads to be properly equipped. “Inner-city kids can’t afford it,” Huyghue added.

Huyghue also said there are few African-American role models in the sport, and generally little exposure to the game in suffering economic areas.

Jovan Miller, who’s African-American, is one of the exceptions. He starred for the Syracuse University lacrosse team and plays today as a midfielder for Major League Lacrosse’s Charlotte Hounds.

Miller said he’d never seen the sport until he stumbled upon the 2002 NCAA National Championship when he was in seventh grade.

“That was the first time I’d ever seen a game. I didn’t even know Syracuse had a team,” Miller said. After watching the game, Miller went upstairs to ask his mother for a lacrosse stick.

“She couldn’t afford a stick, so my mom went to work the next day and she talked to this guy, one of her best friends,” Miller said. “And the guy ended up buying me a stick.” 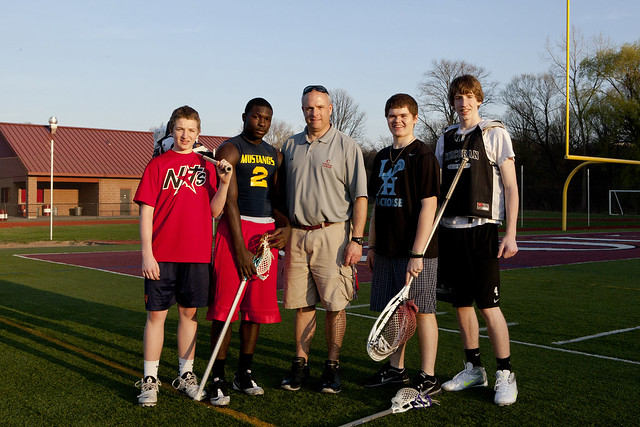 Despite challenges, the Corcoran team is thriving. Coach Smith’s varsity roster for the 2012 season includes 17 African-American players, about half the squad of around 30 or so. Smith said before this year he’s never had more than five. While Smith works hard trying to recruit as many athletes as he can to the team, he isn’t sure why he’s had such success this season.

Rowser thinks he has the answer. It’s a simple one — one that Smith, Miller and Huyghue want to hear most.
“We’re getting more involved in the sport, we’re starting younger,” Rowser said.

And as more African-Americans play, there are more of those role models, Rowser said. That includes players like himself on the Corcoran team.

After the team’s first scrimmage of the 2012 season, Rowser was walking home from the field, through the streets of his neighborhood.

“A kid down the street from me asked me if I had a lacrosse stick for him because he’s playing lacrosse this year. So that gave me a big smile to say, ‘Yeah, I got ya. I’ll get you the lacrosse stick the next day.’ ”