He is the pioneer. He started the biggest revolution in Syracuse sports history. In 1953, Manny Breland, a Syracuse resident, became the first African-American to receive a basketball scholarship to play at Syracuse University, a campus mostly defined by white students.

Two years later he was diagnosed with tuberculosis, along with four other Syracuse players. He thought his basketball career was over. He saw death right around the corner.

Instead, Breland went on to help his Syracuse Orangemen team to an 18-7 record and the school’s first NCAA Tournament appearance, in 1957. 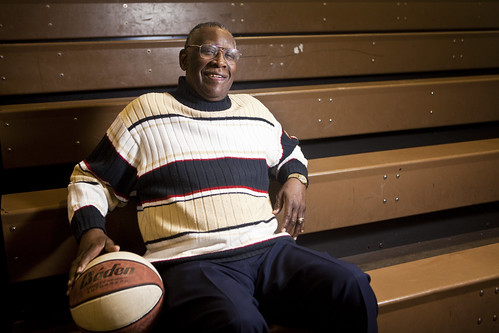 These days, with an SU squad that’s predicted to be a No. 1 seed in the NCAA Tournament this year, no one talks about the presence of African-Americans on the team. It is thanks to Breland’s talent and courage.

But first, he had to beat tuberculosis.

“I laid in that hospital for six weeks,” said Breland, holding a cup of coffee in one hand and a wrap around his sprained ankle. “I got no treatment,” he said. “Doctors just walked back and forth. I was so anxious to find out: What’s going to happen?”

Doctors told Breland he had a choice. Two years of regular treatment, or experimental medicine and new surgery procedures with promising test results.

As an ROTC student, Breland traveled down to Fort Bragg near Fayetteville, N.C., to complete six weeks of military training in 1955. Breland was diagnosed with tuberculosis after having a routine physical examination. The medical results showed a healthy young man, except for the telltale spots that showed up in his upper right lung.

After his diagnosis, Breland was flown on a military plane back to a landing strip at Hancock International Airport in Syracuse to be dropped off with his brother.

“I saw my brother about 200 yards away, and just ran off,  still wearing my hospital robe. I never heard from the military again,” Breland said.

Breland’s return home to Syracuse saved his life. On Dec. 21, 1955, Breland underwent surgery on the upper right lobe of his lung at Biggs Memorial Hospital, in Ithaca.

The surgery was a complete success. Breland beat tuberculosis. He said he was always told, “Your doctors are nationally recognized. They are the best in the world.” The recovery process in the hospital went better than expected. Breland even recalls the laughs and conversations. “We played cards most of the days,” he said. 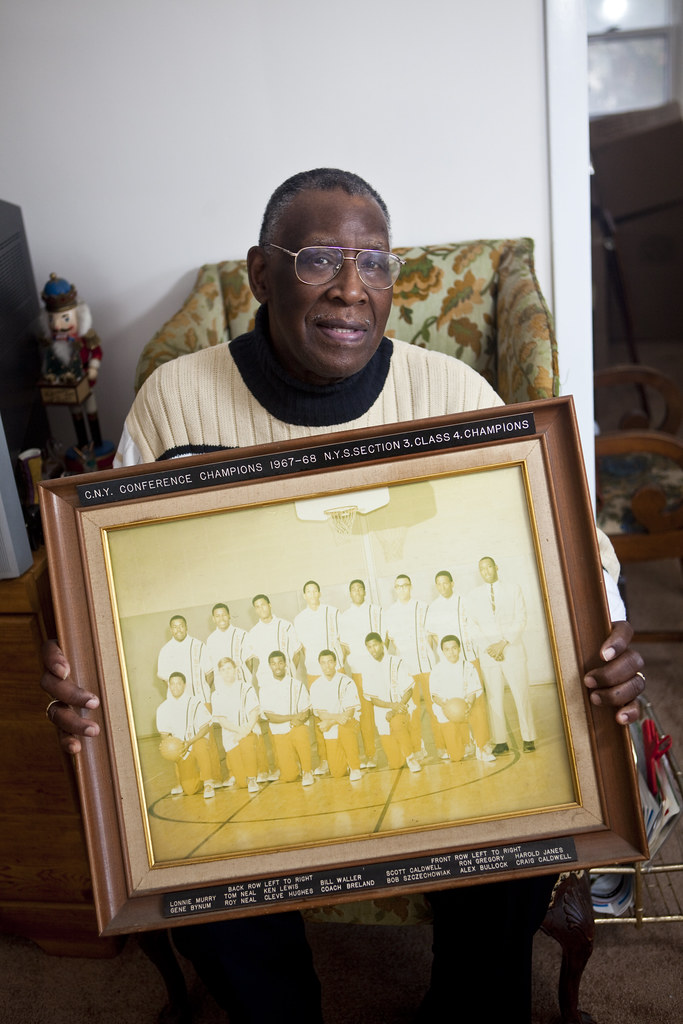 Breland started as a senior point guard the following season, leading Syracuse University to its first ever bid to the NCAA Tournament. The team did well, making it to the Elite Eight, but lost to No. 1 North Carolina. Breland averaged 6.3 points and 4.1 rebounds his senior year.

Breland believes his education on the basketball court and success as a coach, teacher and superintendent came from the old Dunbar Center, which was located on Townsend Street. “Dunbar was more than a community center,” Breland said. “You didn’t just come to hang around.”

The Dunbar Center served the African-American community in many ways.

Most importantly, Dunbar acted as a place of guidance where African-American children learned the importance of education, human rights, relationships and etiquette, according to Breland.

Breland, the son of a single mother who had a full-time job, found the father figure he never had in Ike Harrison, the recreation director at the Dunbar Center.

“There wasn’t a dad around. I had uncles,” Breland said. “They weren’t really my uncles, but they cared about me. I had a great aunt that pushed us on education,” Breland said.

“With eight kids, her life started young trying to raise kids,” Breland said of his mother. “She was never interested in sports.”

Harrison prepared Breland for college and taught him discipline and humility. 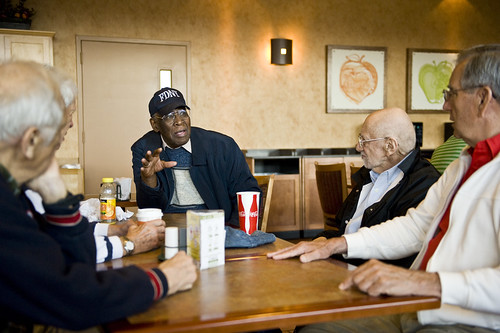 “Not only did he teach me the game, but he nurtured me,” Breland said. “He kind of took me under his wing. He was like Michael Jordan to me.”

But Begal believed in Breland.

Not long after Begal and Breland visited Syracuse University, Andreas told them, “I’m going to give your kid a chance.”