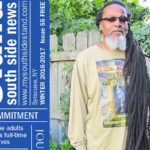 The Winter print issue features father Aundra Billue on the cover. He has three grown children with his wife, Twiggy. He believes being a father is a lifetime obligation. Inside also meet Rashawn Sullivan who launched the iApologize Foundation to encourage all to seek forgiveness. He started the effort during his apologetic journey to seek redemption from the family of ... END_OF_DOCUMENT_TOKEN_TO_BE_REPLACED 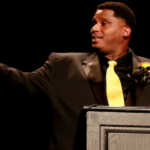 Former Henninger star Ray Seals honored with Hall of Fame induction A star in Syracuse’s constellation of athletes, Ray Seals — a former defensive end in the National Football League — has won new recognition for his on-field achievements by being inducted into the Greater Syracuse Sports Hall of Fame in October. “I’ll never forget when we were young,” said ... END_OF_DOCUMENT_TOKEN_TO_BE_REPLACED