The church was there for that as well.

“I had fallen on some hard times, and Tucker Missionary helped me through a lot of my struggles,” Tapley said. 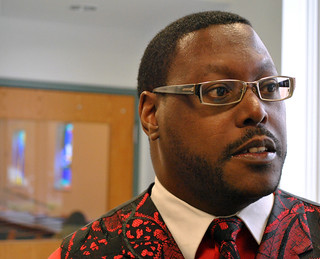 Tapley, a member of the Oakwood Avenue church on the South Side, joined in July 2003 after moving from Long Island. When the economy soured, he found that instead of giving the church an offering, he needed help himself to pay his rent. The church stepped up.

Michelle Mark, a member of Tucker Missionary Baptist Church, has worked as a financial adviser for struggling congregation members since the start of the economic recession. Mark said the church has helped somewhere between 150 to 250 members with their financial struggles since 2009. The church has about 500 members, Mark said.

Pastor Leslie Johnson said in the past three years, the church has granted its members approximately $15,000 in assistance and has run programs to help members with budgeting, improving their credit scores, finding employment and buying homes.

There is usually no pressure to pay the money back, Tapley said.

“I got a sense that this church knew the Lord,” Tapley said. “They are really looking to help out everyone as much as they can.”

While the church provides a variety of financial programs, Johnson said the biggest concern is employment. 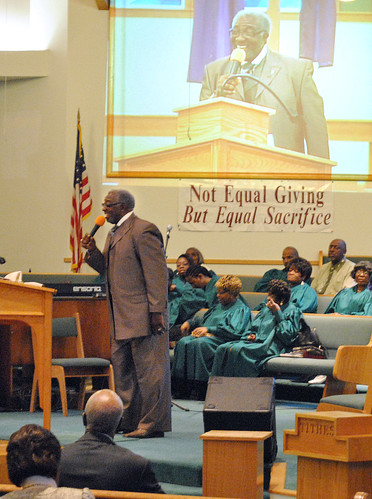 “A lot of our members found themselves out of work when the economy got bad, so of course, they came to the church to seek our help,” Johnson said. “We’ve been doing our best to steer them in the right direction and make sure they have the right resources to get them back to work.”

The church sends out mass emails whenever it learns about job opportunities in the area, Johnson said. The church also works with its members to improve their resumes and provide clothing from the church’s “Clothing Closet” to those who need proper clothing to wear to job interviews.

Mark, the financial adviser, said besides employment, homeownership is another major concern.

“It takes a lot to buy a home, and a lot of our members are not completely equipped to achieve homeownership,” Mark said. “We think it’s important to promote homeownership in the community, and we do whatever we can for prospective homeowners that come to us for help.”

Sister Linda Clark, a minister and financial administrator at Tucker, said she works with two members of the church who are real estate agents to put together seminars and advise members on what they need to do to achieve homeownership. Their efforts include helping church members get their credit reports together and apply for mortgages.

“People take more pride in keeping up their community when they own a home,” Clark said, “and homeownership really isn’t that out of reach for a lot of our members.”

As the national economy begins to improve, Mark said she has noticed a decrease in members’ need for church help.

The national unemployment rate has improved for three consecutive months — to 8.3 percent now, down from just over 10 percent, the U.S. Labor Department reported in March.

“From what I’ve seen lately, some people in the community have started buying new cars, and some of our members have even been able to buy their own homes,” Mark said. “I think that this is a result of the financial advising that we provided as well as their ability to find a stable economic footing as the recession gets a little milder.”

The church plans to continue its efforts to help its members in financial need, even as the economy begins to improve, Mark said.

Laura Sutherland, pastor of the Mount Olive Lutheran Church in Rochester, Minn., said Tucker Missionary Baptist Church is not alone in its efforts to help church members through the recession. Like Tucker, Mount Olive has worked throughout the recession to help its struggling members pay bills and manage their money. Sutherland said the church has partnered with other church organizations in the area this year to provide financial help and guidance to about 40 families.

“People are asking their churches for help in a lot of the same areas that they always have asked for help in, it’s just been at an increased rate during the recession,” Sutherland said. “It’s tough for everyone, but we’re all doing our best to lighten the burdens.” 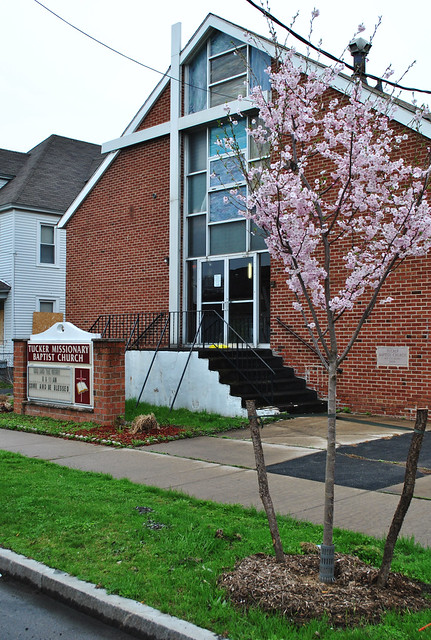 Tucker Missionary Baptist Church is located on at 515 Oakwood Ave. on the Syracuse's South Side. -- Lena Budd, Staff Photo