Reporters for the South Side Find Familiar Stories in Grahamstown

A group from The Stand spent 11 days in South Africa, telling stories about the interesting culture and people who live there

Over Syracuse University’s winter break, 13 of us packed up and went halfway around the world to Grahamstown, South Africa, which is on the country’s Eastern Cape. The group included myself, The Stand’s Director Ashley Kang and another professor, Seth Gitner, plus a trip consultant and nine students who had just wrapped up a semester of writing stories for The Stand print edition and website. 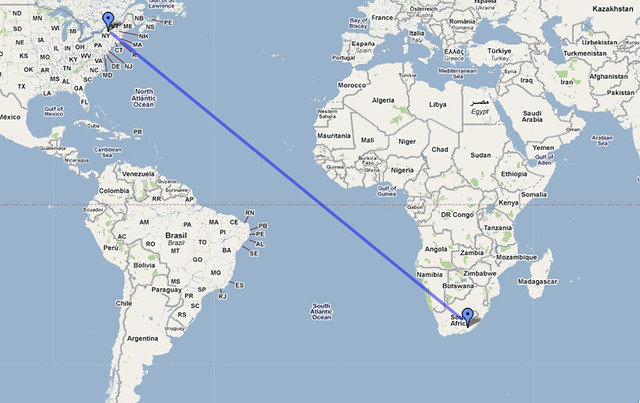 We chose Grahamstown because it is much like Syracuse in a number of ways: About 125,000 people live there, and it is home to a well-known university, Rhodes.

We wanted to have a “global experience,” to set out on a journalistic and life adventure and to do there what we have done here — tell the stories of everyday people.

Before we left, we produced video profiles of a number of South Side residents. Among them were a high school student, a convenience store operator, and a police officer based in a middle school. 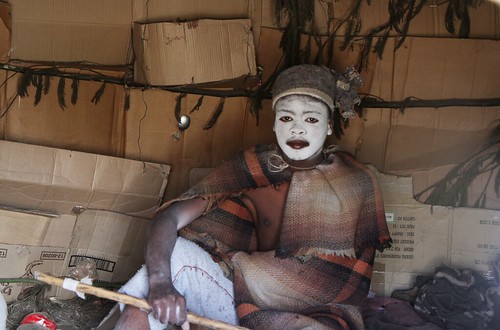 A young Xhosa man sits inside the cardboard-reinforced tent where he’ll live for a month or more after he is circumcised. -- Photo by Prof. Steve Davis

In Grahamstown, our stories included:

• A local bead maker who, post-apartheid, was able to put her daughter through once-white Rhodes.

• An entrepreneur whose donkeys were a township fixture, delivering the wood he cut to build residents’ homes and to fuel their warming fires.

• A young man who’d just passed into manhood, via a circumcision rite and monthlong stay “in the bush.”

Our team spent most of its time in the township, where the black population lives and where some three of every four adults are unemployed. Living conditions were tough; most people lived in mud or tin homes of a room or two.

But that was not the impression most of us carried home with us. What stuck? It was the upbeat and welcoming nature of the place and the people. Apartheid was done away with in the mid-1990s. Clearly, it will take several generations more, at least, before the people of the township will have anything close to real access to a quality education, the real key to eventual equality.

While there is far to go, the optimism for that future is palpable. It surprised us. Perhaps we are so used to opportunity that we don’t even recognize its constant presence in our lives. Now — at least for a time — I think all of us do. 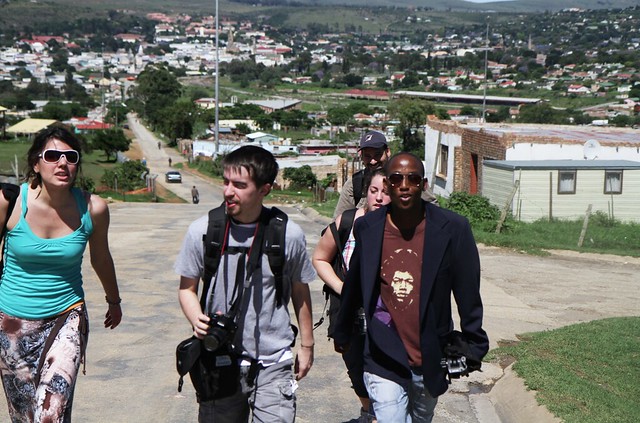 Some members of our group walk to an interview that they will conduct with a local man who does circumcisions of teen boys who go off “to the bush” for this rite of passage. From left: Christine Mehta, Nate Hopper, translator/guide Zukisani Lamani and Shayna Meliker. The township stretches out behind them, with downtown in the valley. -- Photo by Prof. Steve Davis