Tribute to John A. Young

The Stand is sad to share that board member John A. Young passed away Feb. 27.

I first met John four years ago at The Stand’s launch party before our very first print issue came out. He was enthusiastic about our community newspaper project and eager to be a part of it. John quickly joined our board in 2010 and began to bring ideas and outreach to the project.

John was a U.S. Army veteran, honorably serving his country for 26 years, and served as a photojournalist at the Pentagon. His journalism experience and photography skills played a major role in his efforts at the paper. He was eager to share story ideas and provide photography tips at our annual photo walks. 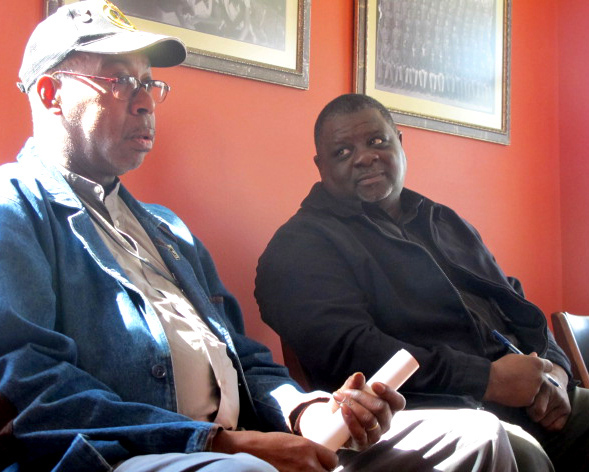 John Young and Reggie Seigler, The Stand's A Friedly Five music columnist, share their thoughts for future story ideas to be covered by The Stand during a past Behind the Scenes Workshop held at the South Side Communication Center.

He made every effort to attend The Stand’s community workshops and outreach efforts, and was present at every photo walk, except one, which just happened to fall on the date of his wedding. He was also an active member of the Syracuse Association of Retired Men and the American Legion Dunbar Post 1642.

I heard from John often outside of board meetings through phone calls and sometimes short visits to grab extra copies of the paper, which he would personally distribute. He’d call and say, “Ashley, I have a story for you. You need to get a student on this.” Or he would remind me of upcoming events in the community that our readers should know about.

At the most recent board meeting he attended, he welcomed our two newest board members and was excited to add Tajuana “Tae” Cerutti, who is recently out of grad school and new to being on a board. John was encouraged by seeing such a youthful addition and told the board, “we can take her under our wing and train her,” but he also valued the youthful energy and ideas she will provide.

And it was obvious he was a dutiful son, often mentioning “that’s my mom on the phone” or “after this, I have to go and check up on mother.” He is survived by his wife, Tonette; his mother, Alberta Young; and three children, Trebbe Shaw (Dwayne) of Atlanta, twin sons, Jamal Young of Rochester, N.Y., and Jafir Young (Mercedes) of Los Angeles; five grandchildren; nieces, nephews, cousins and friends. Our thoughts are with them.

At this time, our thoughts are also with another board member, Nathaniel Brown, who spent more than a week in the hospital and is back home recuperating. 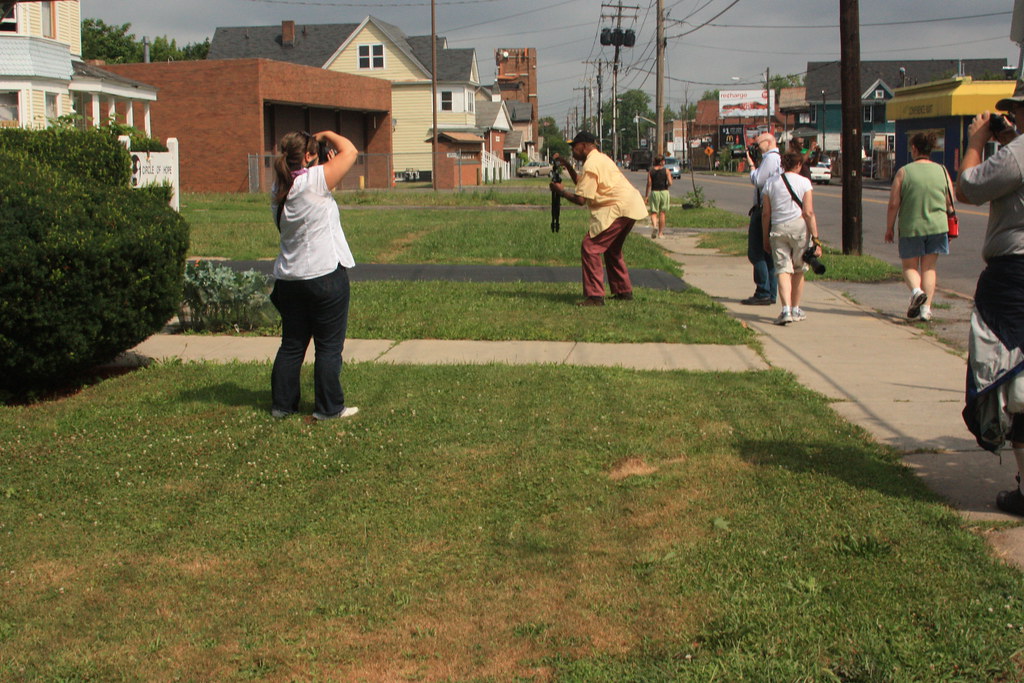 John Young seen here setting up a tripod during The Stand's first photo walk held in 2010.