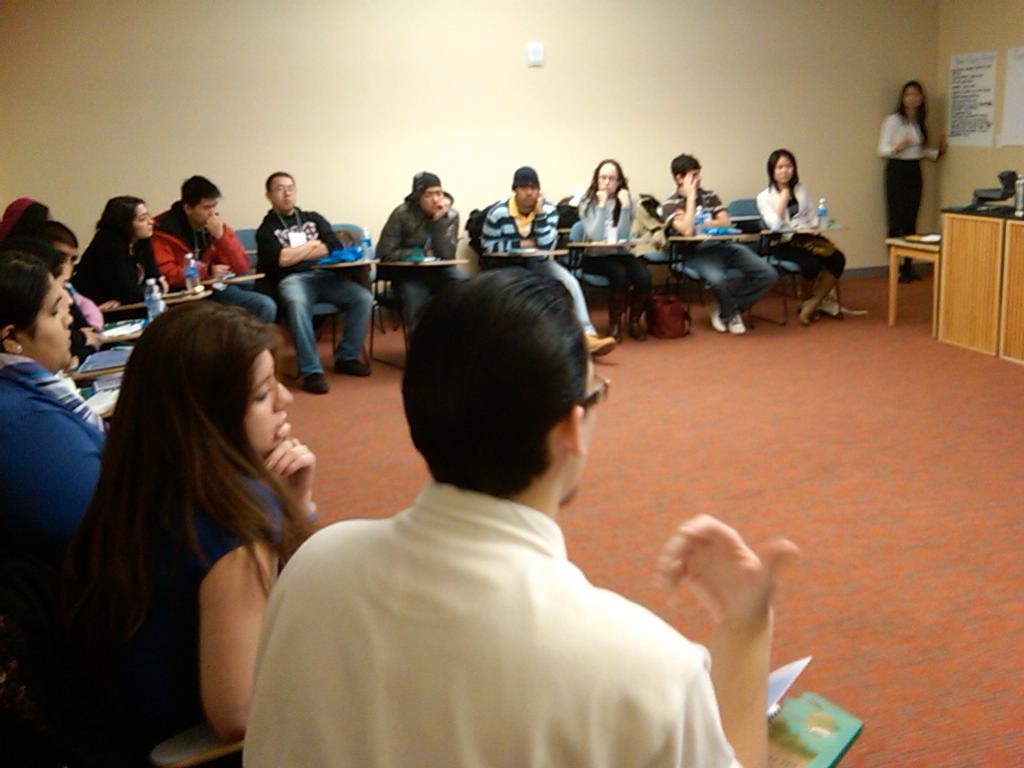 Students discuss the details of their organizations during the Ambassadors: Lead the National Movement Workshop headed by Helen Liang, standing in the corner, who is the Say Yes student volunteer campaign coordinator and Jennifer Dombroske, not pictured, who is the program coordinator for Meachem Elementary School.

In four separate workshops, SU students representing various on-campus organizations itemized how to open the channels of involvement between the university and the surrounding community. Headed by Members of Say Yes to Education representing local schools, the instructors of the workshops drew from the students’ new ideas and future support for new programs they hope will stimulate interest in higher education for the city’s youth.

“Part of the goal of the summit is to get students to participate in the Say Yes program as volunteers, whether it’s for a semester or a full year,” said Larry Williams of the Syracuse City School District. Ahmeed Turner along with Williams conducted a workshop focused on “Mentoring: Inspiring the Future.”

Judging by the different student organizations in attendance, the workshops were a great success. Some of the campus organizations included Literacy Corps, La Lucha, Sigma Delta Tau and BLISTS (Black and Latino Information Science and Technology Support). Their current projects and group purposes were listed and announced. Resourcefulness was the theme of the day along with networking.

In the “Academic Support” workshop, headed by Nira Taru and Jennifer Holland, students drafted ideas that included things like homework support, research strategies, time management and technology engagement to foster skill dynamics needed in collegiate and the current societal environment. In the “Projects: Building the Community Momentum” workshop, suggestions were tossed around with some fun and functional activities like “growing veggies in a community garden” cropping up.

The summit was concluded in the building auditorium where poetry was performed and closing remarks were made to summarize the overall focus and give thanks to its organizers.

Say Yes is definitely looking forward to the enactment of the ideas relayed and the joy of seeing its fruition in our next generation.