Life Back on Track

Carolyn Stanley has been losing her hearing for years. She is at the point where communicating with her family is getting too difficult.

When she learned that Aurora of Central New York Inc. was offering free vision and hearing tests, she hurried to the Mary Nelson Youth Center, 2849 S. Salina St., on April 14.

“If someone speaks low like my children speak, I can’t hear them and it’s very frustrating for me,” Stanley said as her voice started to crack. “They always say, ‘Momma why don’t you do something about it?’ But it costs so much.” Eventually, Stanley decided she needed to act: “I was missing out on so much.” 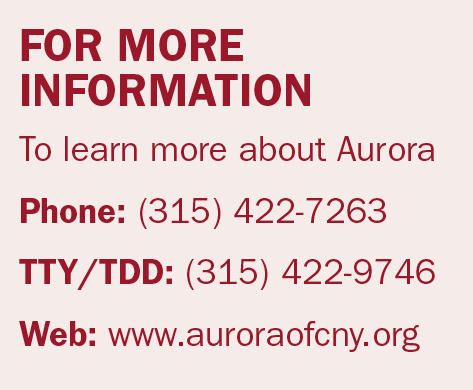 The test was part of an informational event led by Aurora outreach director David DeFrancis, and was assisted by outreach specialists Adele DelSavio and Donna Reese. It consisted either of a stethoscope-like device to assess and improve hearing capability or a screening machine where DeFrancis can generate what he calls “an accurate acuity rating for vision loss,” which he says is essentially a rating based on accuracy according to distance. The test was offered to provide people with information to make an informed decision.

“It’s not a medical test today; it just gives people an idea of potential problems that might be there,” DelSavio said. “We can advise them to see their ophthalmologist, or on the other hand David can reassure them that everything’s fine.” 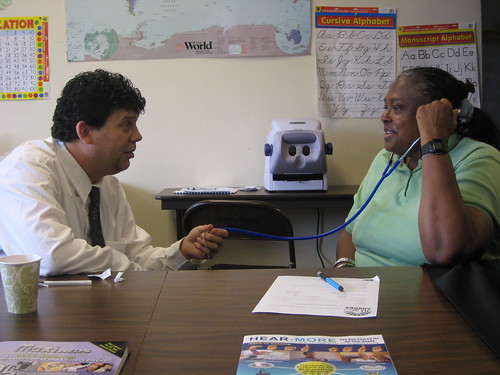 DelSavio said Aurora is the only nonprofit in Central New York that works solely with people who have visual and hearing loss. Aurora’s work extends into the community by advocating for people with impairments. Essentially, Aurora’s job is to organize low-cost services that provide these people with outlets to find local help.

DeFrancis said employees attend health fairs, collaborate with audiologists and other doctors on advice and equipment and refer patients to different programs.

“When you lose your hearing or your vision, it’s like you’ve lost a family member,” DeFrancis said. “They tend to feel isolated and depressed, they stay home, and they don’t know what they’re going to do next. That’s where we come in. We come in and show them the ways to stay connected to their family members.”

DeFrancis said Aurora’s goal is to help these people reach a level of independence.

“You have to be proactive,” DeFrancis said. “Independence is the key word. We want to make sure people can be independent as long as possible.”

It all comes back to senior citizens such as Stanley, who decided to take action with the help of Aurora.

“I could hear everything, and before I couldn’t,” Stanley said about the hearing aids she wore during the Aurora testing. “I could hear things that I think I’ve been missing for a long time, and that was great. That’s why I’m here.” 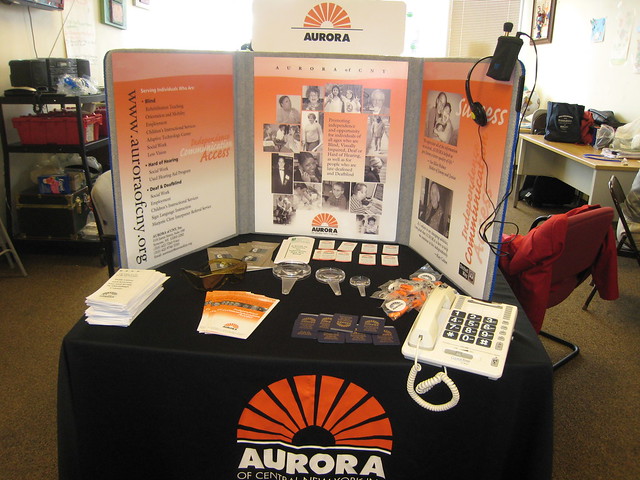