Block Party Give Books to All

September 16, 2018 Comments Off on Block Party Give Books to All 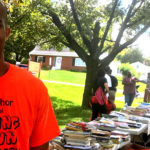 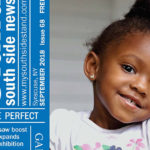 The Stand’s September print issue features six pages of photos from July’s Expanded Photo Walk. These represent a tiny fraction of all the images snapped that day. View the collection here and join us Sept. 6 for a reception at The Link Gallery in downtown. The exhibit showcases 30 photos. Additionally, 10 images are on permanent display at five community ... END_OF_DOCUMENT_TOKEN_TO_BE_REPLACED 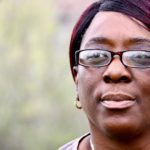 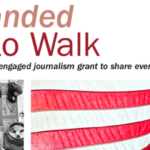 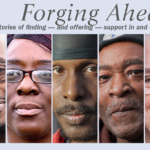 When Karen Loftin’s mother died, she was in prison. Her prison sentence even took her away from her children when each was learning to walk and talk. Now she has a college degree and a passion for helping others stay out of jail. Loftin’s story is a moving and powerful one about cycles of abuse, the ravages of drug abuse ... END_OF_DOCUMENT_TOKEN_TO_BE_REPLACED 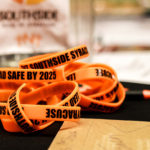 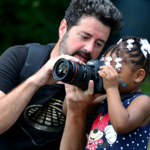 The camera is nearly as big as her face, obscuring her expression. But her intense curiosity, that’s plain as day, clearly visible. And there’s no hiding that this young girl — in her blue, polka-dotted Minnie Mouse dress — is adorably cute. Crouched beside her is Ken Harper, a professional news photographer and Newhouse School Multimedia Photography & Design professor. ... END_OF_DOCUMENT_TOKEN_TO_BE_REPLACED 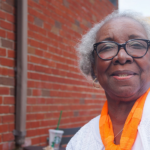 “Sometimes, what you’re looking for is already there.” Aretha Franklin, the Queen of Soul, died Aug. 16, leaving the world moved and inspired by her work. Syracuse paid its respect for Franklin last Thursday at the Westminster Presbyterian Church. Organized by Joan Hillsman, this memorial was attended by people of all ages – some of them sang while others offered ... END_OF_DOCUMENT_TOKEN_TO_BE_REPLACED 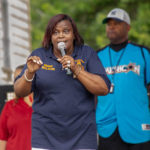 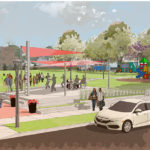 Residents hopeful for vision proposed in South Avenue Feasibility Report Improved housing and transportation, new restaurants and cafes, additional grocery stores and a new sense of neighborhood pride. That’s what planners, and residents, envision for the South Avenue Corridor, according to a new study released in July. The $75,000 study, paid for by the city’s industrial development agency and conducted by ... END_OF_DOCUMENT_TOKEN_TO_BE_REPLACED