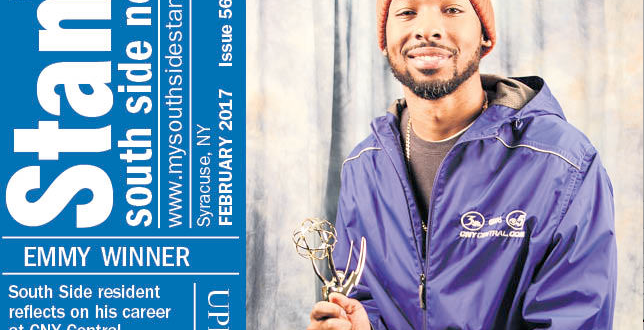 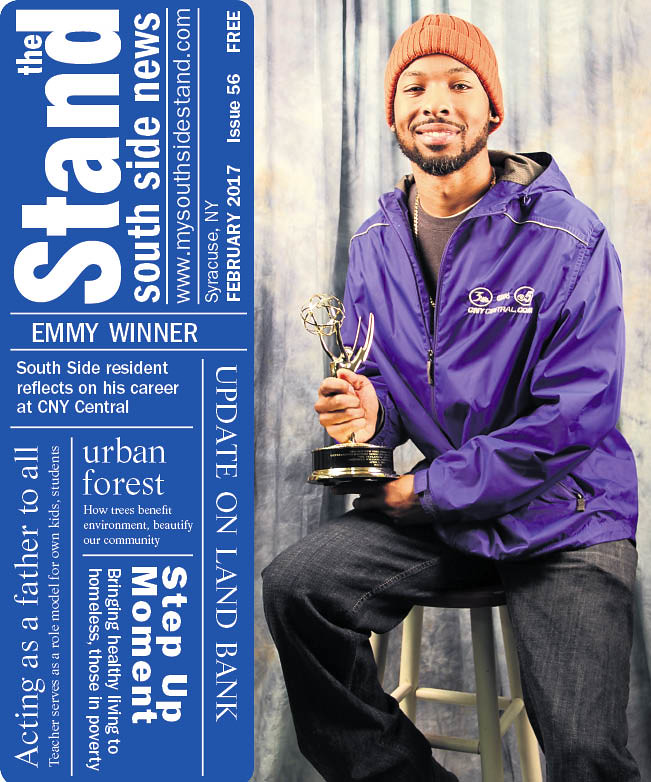 In our upcoming February print issue, one recent event showcased in a photo spread is an effort by volunteers last year to plant trees in the Strathmore neighborhood.  Read the story that follows to learn how city trees help save tax dollars and reduce pollution.

Next we follow up with Rashawn Sullivan, who was featured in the Winter issue, and who officially released his book, “iApologize” on Jan. 6 with a book-signing event held at Henninger High School.

This issue also includes three profiles of individuals working to better the neighborhood: Kate Waltman, who started Step Up Moment; Quindell Williams, featured on our cover and a South Side native who has earned an Emmy, and Derrek Thomas, a newly appointed city judge.

This month’s Fatherhood Q&A spotlights Leroy McClain, who not only serves as an exceptional father to his four children, but also as a father figure to many students at the Southside Academy Charter School.

Inside you’ll find many more stories, upcoming events and a selection of special events planned in honor of Black History Month.